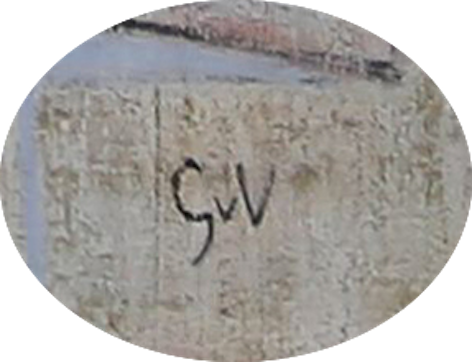 Geer van Velde, born in Holland into a modest family, began to work at a very young age, like his brother Bram, in Kramers and son which was a painting business and luxury decoration. In his free time, the young geer van Velde practiced drawing and painting, progressing at an exponential rate. Kramers, realizing the talent of the two brothers decided to encourage them by helping financially up until the great financial crisis of 1929. In 1925, he moved to Paris where his brother was already installed for many years. His beginnings were extremely hard, as money is sorely lacking.

After a first academic period and then very colorful works with tawny resonances and expressionists, there was a complete break in his work from the years 1939. He was a Webern music lover and thought of Lao Tzu, and sought to develop a painting close to his "inner world", a painting that invited contemplation and silence. The cubist lesson with the group of the Gold section dominated by j. Villon, began in 1948, a period called "workshops" and in the 50s the so-called "interior" which gradually announced a break with reality.

From 1946, the painter settled in Cachan where he would spend the rest of his life. His artistic career would be an oscillation between figuration and abstraction. The work of geer van Velde is characterized by a range of hues and muted colors, as covered with a veil, almost extinct, with a feel for the purple and bluish gray light that remind him of his childhood. The space of his compositions is often arranged in geometric shapes, squares, diamonds, triangles, chacunes treated with meticulous care. The painter was dedicated and therefore slow. With very little to say, he admitted conducting a real "fight" against the canvas. He would not decide to attack the painting until the final idea took shape completely. In the late 50s, the artist integrated the School of Paris, engaged in very delicate shades of gray post-cubist abstraction.