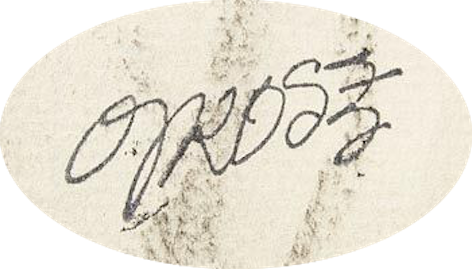 Georg Grosz entered into the School of Beaux-Arts in Dresde at the age of sixteen, before going to the Art Decorative School in Berlin. In 1913, he spent a few months in Paris where he saw recent cubist artwork but this movement kept a superficial influence, only visible in stylistic appearances.

Even if he started to paint before 1914, it was already through his drawings that he expressed himself liberally. He made a lot of comic drawings for satiric publications such as Lustige Blatter, Ulk and Simplicissimus. He became friendly with the brothers John Heartfield and Wieland Hezfiels who created a little communist book house, and in 1917 they published his lithographs. In 1918, he joined, with the two brothers, the Dada Movement, where they accentuated the political character against the Germany of Guillaume II. At this time, he considered that the political action in his aggressive drawings was more urgent than the plastically concern. Grosz participated as an illustrator in the majority of Dada publications.

Not having abandoned painting, he painted in 1917, and in 1918, painted one of his most important pieces: Funerals of poet Oscar Panizza. The influence of futurism is obvious in this work, in the dynamic use of simultaneous plans. This futurism influence is also visible in his drawings of the same time. His preoccupations to criticize society and his nearly nihilistic political action did not prevent him from researching new plastic means of expressions, such as photomontage.

In 1923, Grosz published a collection of drawings : Ecce Homo, which were immediately collected and destroyed by the police in Berlin bookstores. In this collection, he denunciated sadism, cynicism, and the  debauchery of decadent bourgeoisie in Germany after the war. After an important trial that forced him to destruct thirty paintings, he sheltered in Paris in 1924. In 1932, he was called to teach in the Art Student’s League of New York where he settled and took American nationality.

In 1920, with Hausmann and Heartfield, he was one of the organizers of the first International Dada Fair in Berlin and was, with Otto Dix, noticed because of the political impact in his works. In 1945, he obtained the Carnegie’s second prize. Numerous exhibitions were organised, including in 1975 in Florence, 1976 in Paris and 1995 at the Neue Nationalgalerie in Berlin.

In his paintings from 1920, circa the end of Dada Group, he progressed towards an art which was more and more realistic, especially in the painting Grey Day in 1921. In 1925, he approached the Neue Sachlichkeit Group (New Objectivity) with Otto Dix. This movement was a reaction against subjectivity and expressionism, for a more objective art. Grosz, with a very expressionist style, will give this inflexion to the movement.

If we find calming in his American period – with romantic and idyllic expressions – the satire against the materialism of middle classes stays the dominant constant in apocalyptic visions, as in the series Fish-Men.

He came back to Germany few times before his death, completing paintings and drawings of his modern version of the Macabre Dance of the 20th Century, of which his only concern was the damned soul and their condemnations.