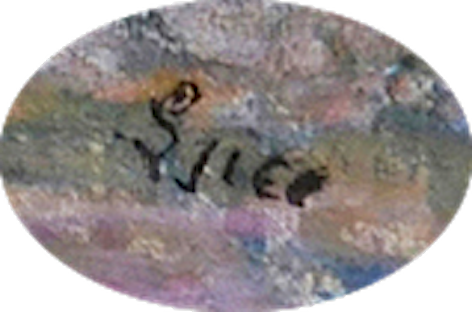 In 1872, Maximilien Luce was in an apprenticeship with the engraver Henri Theophile Hildibrand, whilst taking drawing evening classes. In 1876, he entered as a qualified worker at Froment’s studio, where he engraved numerous French illustrations and some foreign periodicals.

In 1877, he went to London with Froment, where he gave drawings to the revue Graphic. Back in Paris, he was called to national service in 1879, first in Bretagne, then in Paris where he continued his engraver activity. He was a student of Carolus Duran, maybe at the Swiss Academy, and worked at the Gobelins Academy, but he essentialy educated himself by the study of nature. Camille Pissaro, a friend of the painter, also gave him few advices. In 1887, he joined the Independent Artists Society and participated in avant-garde exhibitions of the Group. He exhibited in Brussels with Le Groupe des Vingt, in 1889 and in 1892.

He collaborated with anarchist newspapers: Le Père Peinard (he drew the cover), L’Assiette au beurre, Hommes d’aujourd’hui, Illustration, La Révolte and Les Temps Nouveaux. In 1894, he was involved in “Le Procès des Trentel” and had a prison term. After that, he took refuge in Belgique (Charleroi).

After the death of his friend Signas, he accepted to succeed him at the Independent Artists Society’s Chairmanship, a post he resigned during German occupation as a protest against the interdiction for the Jewish to expose.

Luce was, with Seurat and Signac, one of the creators of Neo-Impressionist movement, based on scientific study of light and colours decomposition analyse.

He applied the technique of divided touch called Divisionism or Pointillism. This technique preserves radiance of colours composition defining light and shadow of volumes in space. During his stay in Belgium, he contributed to make Neo-Impressionism known outside France.

For many years, after strict pointillist, he adopted a freer and calmer technique, leaving the strictness of Neo-Impressionism to return to late Impressionism. Landscapes occupied the main part of his work, painted in France or abroad. Urban landscapes occupied a particular place, often in worker districts, and often painted during night-time, composing documentation on the worker world of the time. His figures are elements that distinguish him from other Neo Impressionism painters. Sincerely attached to share worry and pain of population, he described attitudes of daily labour in his work.