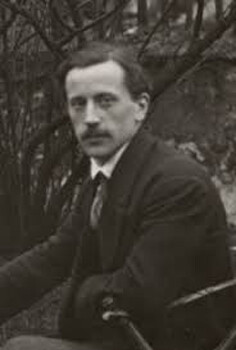 Raymond Duchamp-Villon was born in 1876 in an artistic family. He is the brother of Jacques Villon, Marcel Duchamp and Suzanne Duchamp. He started firstly with medicinal studies, often interrupted by rheumatism crises. His two painter brothers influenced greatly him. He educated himself in sculpture, quickly showing remarkable gifts which was noticed by many artists. He exposed his works in Paris at Salon of Beaux – Arts National Society in 1902 and 1908. Since 1909, he exhibited at Autumn Salons and Independent Artists Salon.

From 1910, he created his own manners of working. In his works, he doesn’t express dynamism of body with traditional analyses of muscular effort, but with an alternation cadenced by forms: forms developing in space with a movement in time.

From 1911, he became part of the Puteaux Group, also know as the Section d'Or Group, with his two brothers Jacques Villon and Marcel Duchamp, but also with Fernand Léger, Albert Gleizes and Jean Metzinger. Inside the Puteaux Group, he was influenced by cubists, and became the first cubist sculptor.

In 1912, he started a research – one that soon monopolizes his work: providing static structure with a dynamical effect. During this time, he became interested by the horse, not really as animal, but as symbolic unit of power. He dedicated a major part of his time representing the horse. He decomposed movements of the gallop independently of the horses appearance. His horses have more horsepower than a normal horse. He is pure movement, a symbol of the substitution by the twenty-first century man: machinery power to naturals forces, piston to muscles, and a symbol of the destructive power of modern war. The same year, he participated at the Salon de la section d'Or organised by Jacques Villon at the Gallery Boétie.

The war interrupted Raymond's working projects. Mobilized then exempted from service, he enrolled as an auxiliary doctor. At the same time, he was able to pursue his artwork and created master pieces. For second time, he went to the front in Champagne, where he caught typhoid fever. In convalescence in Cannes, he died of blood poisoning.