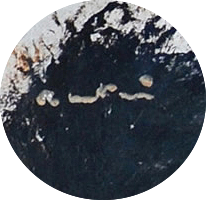 Jean Fautrier began his studies in 1908 in London at the Royal Academy and then at the Slade School. Disappointed by this education, he returned to France where he was mobilised in 1917. Gassed at Montdidier, he was finally discharged in 1921.
It was then that his pictorial adventure really began. Influenced by expressionist painting, he painted realistic pictures. He exhibited his first paintings at the Galerie Fabre in 1923. In 1925, Jean Fautrier became the true precursor of informal art. He was defended by the dealers Jeanne Castel and Paul Guillaume, with whom he signed an exclusive contract in 1927. He was well received by the critics and the Parisian literary milieu, in particular by the young André Malraux. Fautrier went through a period of research that he described as a "season in hell".

His painting, which was figurative at the time, consisted of still lifes, landscapes and nudes that ranged from a raw realism to a representation made of dark light with almost abstract forms. After a brief period of recognition, the economic crisis of 1929 finally put an end to his career as an artist. Forced to leave Paris, he settled in the early 1930s in the Alps where he lived for several years, working as a ski instructor and managing a hotel with a dance hall.

On his return to Paris in 1940, he found or met writers such as André Malraux, Francis Ponge, Paul Éluard, Georges Bataille and above all Jean Paulhan, who was to be his most fervent supporter. During the war years, he developed a new form of image in which matter became increasingly important in the representation of objects, landscapes or bodies.

In his famous series - Otages (1943-1945), Objets (1955), Nudes (1956), Partisans (1957) - material effects become the main subject of the work.
In 1960, he was celebrated at the Venice Biennale with the Grand Prize for Painting, which he shared with Hans Hartung. Fautrier died in the summer of 1964, shortly after his first retrospective at the Musée d'Art Moderne de la Ville de Paris.