Oil on mahogany panel
Signature lower left
N°439 annotated on the panel and on a label on the back
37,5 x 46 cm In June and July 1905, Bonnard discovered Belgium and Holland aboard the Aimée, the yacht of his friend and muse Misia Edwards. Bonnard and Misia had met in 1894, when she was married to Thadée Natanson, director of the famous Revue blanche.
In February 1905, Misia had just married the press magnate Alfred Edwards, owner of the newspaper Le Matin, who gave her a superb yacht named Aimée, a phonetic pun: M for Misia and E for Edwards. This houseboat, about 40 metres long and luxuriously fitted out, was ideal for floating receptions held around the grand piano of the virtuoso Misia.
That summer of 1905, the Edwards' were joined by the composer Maurice Ravel and the painters Pierre Laprade and Pierre Bonnard. 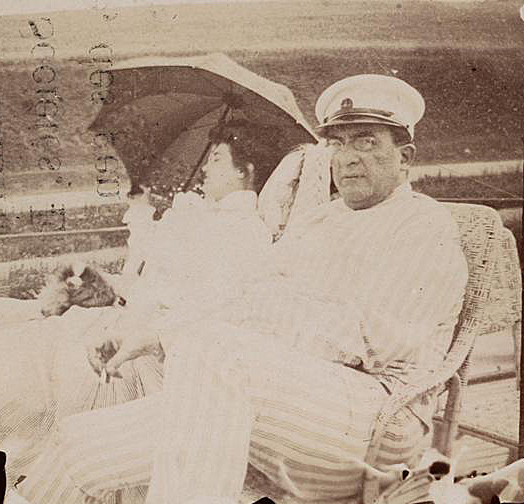 The following year, in July and August 1906, a second trip on the Aimée brought together the Edwards, Cipa Godebski (Misia's half-brother and a great collector), Marthe and Pierre Bonnard. After several days on the yacht, Bonnard goes to Paris on 14 July, then joins his friends in Ostend where he meets the Aimée again. After a second stay in Belgium and Holland, the cruise ends in early September 1906 in Valvins in Seine et Marne where the yacht is moored. 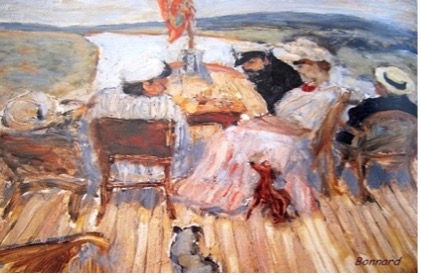 Very few paintings by Bonnard are known from these two stays on the Aimée, among the most famous are En yacht painted in 1906 and belonging to the collections of the Musée Sainte-Croix in Poitiers, which shows Misia, Edwards and Cipa Godebski sitting on the deck of the Aimée. 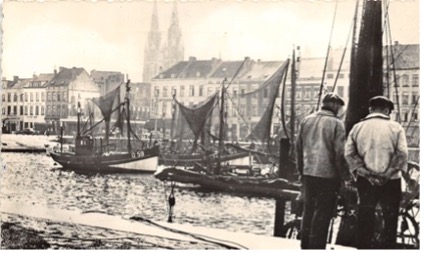 Our painting, View of a Marine Town, which most probably depicts the inner harbour of Ostend, with the church of Saints Peter and Paul, in the characteristic light of the North Sea, is a rare testimony of Bonnard's visit to Belgium.