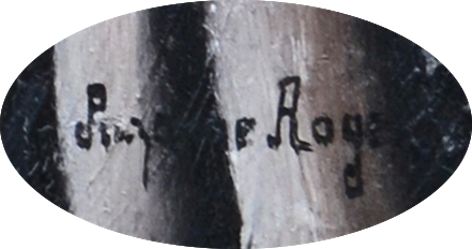 Married to the French painter and sculptor André Beaudin (1895-1979), Suzanne Roger today remains too much in the shadows of her contemporaries. However, her career deserves the recognition it deserves.

From a very young age, she was the pupil of Paul Sérusier and Maurice Denis at the Ranson Academy. In 1923, with the support of Max Jacob and Juan Gris, she entered to the Kahnweiler gallery where she made her first exhibition. She and her husband became regulars in the "Dimanche de Boulogne" which brought together the painters and poets that Henri Kahnweiler frequented and supported. The fraternal and literary climate of these meetings was reflected in the work of the painter whose pictorial quest is linked to the literary movement of the time.

She participated in 1941 in the exhibition of «Vingt jeunes peintres de tradition française», organized by Bazaine, the first exhibition of avant-garde painting under the Occupation.

Her style is based on clean lines that come to fill and fragment solid areas of color.